Get help with a driving offence

Get in touch with our lawyers Call NowEmail Now

Do you want to appeal a Magistrates’ Court Decision?

If you disagree with a decision of the Magistrates’ Court, you should consider an appeal.

Usually, the courts get it right, but sometimes they don’t. That’s why we have the right to appeal. However, it’s important to act quickly because the Notice of Appeal must be lodged within a short time after the original decision. 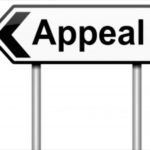 How do I appeal a Magistrates’ Court Decision?

You must lodge the notice with the Magistrates’ Court that made the original decision. Usually, the notice must be lodged within 21 days of the decision.

The Magistrates’ Court will then send the notice to the Crown Court who will notify you of your appeal date.

What happens at an appeal Hearing in the Crown Court?

In the Crown Court, the procedure is slightly different and the setting more formal than in the Magistrates’ Court.

An appeal is a rehearing of your case. This happens at the Crown Court in front of a judge and two magistrates. You do not need to show that the Magistrates’ Court made the wrong decision in order to appeal.

You should be aware of the possible consequences of an unsuccessful appeal before making it. Taking advice before proceeding with an appeal can save you money. If you lose your appeal, the court is likely to order you to pay further costs.

The Crown Court also has the power to increase the sentence if the judge deems appropriate.

You can appeal against your sentence if you pleaded guilty or if you were found guilty but consider that the sentence was too harsh. If you have been banned as a result of totting up to 12 points and want to challenge it you can put forward a second exceptional hardship argument in the Crown Court.

Appeal by way of Case Stated

You can appeal by way of case stated if there is an issue of law. These appeals are relatively rare. Your argument would usually be that the court was wrong in how it applied the law or that they acted in excess of their powers. 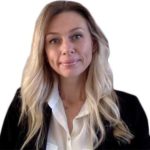 I have dealt with many successful Magistrates Court appeals where the Crown Court has reversed the lower court’s decision. If you have been disqualified for 6 months as a result of totting up or if you consider the penalty imposed for your driving offence was too harsh, I can help. You can read more about me in our about page, or just give me a call to discuss your driving case.

Can I get my disqualification suspended pending an appeal?

Yes, but it is not automatic. You have to request this and ideally it should be done immediately when you make your appeal. The Magistrates’ Court and the Crown Court have the power to do this, but they can be slow to do so due to the number of other hearings they have to deal with. While Magistrates’ Court legal advisers may tell you about the appeals process, they rarely inform you about the process to apply for the driving ban to be suspended.

Can I stop my licence being revoked as a new driver while I'm waiting for my appeal?

DVLA is responsible for revoking driving licences so the court has no power to do this. However, if you have been given six points and are appealing the decision, DVLA can delay the revocation of your licence. You must contact DVLA to inform them about the appeal and ask them not to revoke your licence in the meantime.

Can I appeal against a court decision not to find special reasons?

Yes, this would be an appeal against a sentence rather than a conviction because you pleaded guilty.

Have you been asked to attend a police station and need legal representation following a fatal accident? Our experienced specialist driving offence solicitors can advise you whether to answer questions. It can make the difference between a conviction and an acquittal. It can even prevent proceedings being issued for causing death by dangerous driving or result in a lesser charge.

If you have been charged a serious offence such as causing death by dangerous driving, get help now. You may be charged at the police station or be notified in writing, together with a Postal Requisition to attend court. These offences are the most serious, so let our experienced solicitors help you get the best outcome.

Cases of causing death by dangerous driving start in the Magistrates’ Court. They will then be sent to the Crown Court for plea or sentence or trial. If you haven’t already, now is the time to get legal advice from our experienced solicitors.

If you have a causing death by dangerous driving case that has been sent to the Crown Court for trial or sentence, you need experienced representation. Our solicitors have defended some of the most serious driving offences there are, including those involving a fatalities. We will only use trusted specialist motoring offence barristers to deal with your case. Speak to us today.

A driver who had been disqualified for 6 months in the magistrates' court after a second 'totting up' offence instructed us to help with an appeal. He had already successfully argued exceptional hardship around 18 months ago but had since committed a further driving...
Read More

Our company client was acquitted of failing to give driver details after a trial in the Magistrates' Court this week. One of its vehicles had been allegedly caught speeding and a request for driver details and notice of intended prosecution was sent out by the police....
Read More

I'm based in Nottingham and offer a nationwide service. Below is a list of the locations I cover most frequently. If yours isn't on the list, I would still be delighted to help you wherever you are in England or Wales.