Pragma Law represented a driver charged with causing death by dangerous driving. The prosecution alleged that he drove at twice the speed limit in appalling weather conditions, lost control of his vehicle and caused the death of his partner. As with all accidents involving a fatality, it was a very sad case. 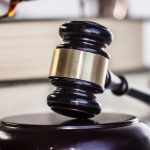 After analysis of video evidence by experts and consideration of all factors, our client pleaded guilty to the offence at the first Crown Court Hearing.

The sentencing judge imposed a two-year sentence suspended for two years together with unpaid work. He commented that it was – “a very rare case in which it is appropriate to suspend the sentence in a death by dangerous driving case. A very rare case indeed.”

The most recently published statistics from 2020 confirm that over 93% of defendants convicted of causing death by dangerous driving receive an immediate custodial sentence. The average sentence length was 54 months imprisonment.