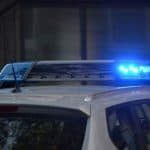 ​A man was recently charged with drug driving after being found to have 7 microgrammes of cannabis in his blood. The legal limit is 2 microgrammes.

After perusal of the documentation, it appeared that the charge had been brought after the 6-month time limit for these type of offences. Representations were made to the Crown Prosecution Service who made enquiries of the Police.

After much deliberation, the Crown Prosecution Service conceded that the charge was indeed out of time. It was accepted that the court had no jurisdiction to deal with the case and the matter was formally dismissed.

In any event, the man denied having driven and would have put this forward as a defence. He avoided a mandatory driving ban and the court agreed to reimburse him for some of his defence costs.