How We Won a Drunk in Charge Case 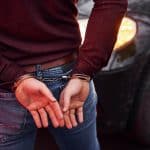 We represented a driver found asleep in his car who was over 4 times the legal alcohol limit. The starting point for being drunk in charge of a vehicle with this level of alcohol according to the sentencing guidelines is a community order and a disqualification of 6-12 months.

At the initial plea hearing, the District Judge made his scepticism clear. It was obvious that he doubted the strength of our argument but we were confident in our advice to defend the charge.

The matter was listed for a trial but in the meantime, the police were uncooperative in providing some of the evidence we requested. The police sought to rely on a summary of a police interview which we were confident did not accurately reflect what had been said by our client. Even two weeks before trial, the police interview recording continued to be withheld by the police. We continued to pursue it and it was finally provided. Upon listening to the recording, it confirmed our suspicion that the summary provided was misleading.

At trial, Lucy represented the client. The interview recording was played and the court heard evidence that our client had no intention of driving while over the legal limit. The court accepted the account he provided in the interview and that given in court as being genuine and truthful. As such, he was found not guilty of the offence. The withheld evidence that we managed to obtain played a vital part in our client’s defence.