Not Guilty of Failing to Give Driver Details 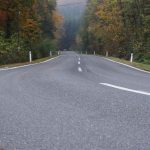 The court found our client not guilty of failing to respond to a notice asking him to identify the driver of the vehicle.

Despite evidence that two subsequent reminder letters were sent to the driver’s address, the court accepted that the owner of the vehicle did not receive any of the notices and therefore could not respond to them. Accordingly, he avoided the usual minimum penalty of six points.

As he was a new driver, he also avoided the revocation of his licence.