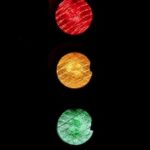 Five alleged red light offences from a camera in Nottingham have now been halted as a result of wrong information being recorded on the Notice of Intended Prosecution.

The camera in question, located near Colwick in Nottingham, appears to have a life of its own. So far, it has recorded incorrect times on several notices suggesting that vehicles were in places that they could not possibly have been at the time of the alleged offences.

Fortunately, the recipients of those notices recognised that the information could not possibly be correct and sought legal advice from us.

In all cases, the police decided to take no further action.

But how many other people have been caught by this camera and have received penalty points for an offence they did not commit?

In these cases, a Notice of Intended Prosecution must be sent to the registered keeper or driver so that it is received within 14 days of the offence. There are exceptions to this which include:

Along with the Notice, there is usually a request for driver details. S.172 Road Traffic Act 1988 requires any person who receives a request to provide the information they have in their power which could lead to the identification of the driver. Failure to comply with the request typically results in 6 penalty points but may result in a discretionary ban.

But what if you don’t think the vehicle was there?

Unless you have clear evidence that it was elsewhere, this can put you in a difficult position. On some of the five cases we have dealt with, the driver could provide evidence from a vehicle tracker and/or tachograph data to show that the vehicle was stationary or not at the location suggested. To their credit, upon receipt of this evidence, the police promptly dropped the cases.

If like most of us, you don’t have the benefit of a tracker fitted to your vehicle, it can be more difficult to challenge. Or, you may not even recall where you were at the time on the notice, so will assume that the details are correct.

Notices of Intended Prosecution are official documents which are there to warn of the intention to prosecute you of an offence. It follows that they should be fundamentally correct and if they aren’t, it may be a bar to prosecution.

It’s a Notice from the police so it must be right surely?

Well no, the police and their systems are not infallible.

The Notices are sent on behalf of the police, so people quite correctly take them seriously. If you receive a Notice, you may assume the contents have been verified and are correct. Therefore if you are the registered keeper and you receive a Notice, you may well identify yourself as the driver without giving much thought to whether you were at that location at the time given.

Have you received points for an offence you didn’t commit?

Of course, we don’t know how many people have been wrongly convicted. Are you one of those people who has accepted a fixed penalty or received a Single Justice Procedure Notice as a result of a red traffic light?

It’s highly likely that at some point, someone will be banned from driving as a result of this camera. This could be because of totting up points, or because the notice states that the vehicle passed the lights several seconds after it changed to red. One of our cases suggested the vehicle passed the traffic light more than 29 seconds after it changed to red. If this had reached court and gone unchallenged, the driver would have been at serious risk of a discretionary ban.

Some drivers may have been banned for six months as a result of totting up.

Get in touch if you think you have been erroneously ‘caught’ by a red light camera and would like some advice.