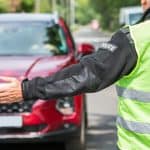 ​We represented a driver facing with 6 points already on his licence. He faced two further charges of failing to provide driver details. Each offence carries 6 penalty points or a discretionary disqualification. The court will usually impose penalty points where a driver is facing a totting up ban for reaching 12 or more points.

Unfortunately, our client had forgotten to update his DVLA logbook resulting in requests for driver information being sent to an old address. He was not the driver of the vehicle involved in the original speeding offences but had no defence to the offences of failing to give driver details. The police would not drop the offences so in these circumstances, we advised him to plead guilty.

The court imposed 6 points for each offence taking him to a total of 18 penalty points. However, we successfully argued exceptional hardship to avoid the usual 6-month ban.

The court imposed a shorter totting ban of 5 days! This meant that our client’s penalty points would be wiped from his licence after serving this short ban.

It is relatively uncommon for the courts to impose a totting ban shorter than 6 months so this was an exceptionally good result with which our client was delighted!