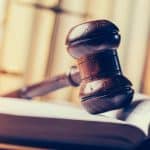 A driver who was an experienced doctor unsuccessfully represented himself in the magistrates’ court.

He had reached 12 penalty points and was disqualified from driving for six months. He had put forward an exceptional hardship argument to try to avoid a ban, but this was rejected by the magistrates.

We represented him on appeal to the Crown Court and the court decided that he should not be disqualified from driving. His busy schedule meant that he could not rely on taxis or public transport even though finances were not a problem. The Court agreed that his children would be impacted as they could not continue with their sporting activities due to the logistics of getting them to the venues on time.

The Court decided that the children should not suffer exceptional hardship as a result of their father’s mistakes. Therefore he was allowed to keep his licence.