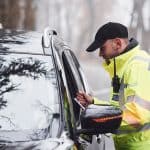 Our client avoided a lengthy disqualification for drink driving by using special reasons. His alcohol reading in breath meant that he would otherwise have been disqualified for between 17 and 22 months.

The driver had been locked out of his house and drove a short distance before deciding it was not a good idea. The police were called and he admitted driving.

He pleaded guilty to drink driving with special reasons. The aim was to try to avoid the usual 17-22 month ban based on his breath reading set out in the sentencing guidelines.

The court accepted that the short distance he drove and low risk of danger to others amounted to a special reason. On that basis, the driver received a far shorter disqualification of three months.