Get help with a driving offence

Get in touch with our lawyers Call NowEmail Now 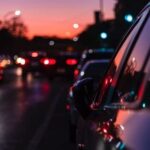 Most other driving offences carry penalty points. If you are convicted, the court must impose a minimum number of points.

Special reasons do not automatically enable you to escape disqualification or endorsement.

Where special reasons are found it means that the court has the discretion to:

Special Reasons are not a defence

A special reason is not the same as a defence. For this reason, if you were intending to put forward special reasons, you would normally be accepting that the offence was committed.

You would enter a guilty plea but inform the court of your intention to put forward special reasons.

There are exceptions to this where for example you intend to put forward an argument which could constitute both a defence or a special reason such as emergency (necessity or duress of circumstance).

What are Special Reasons?

It is important to remember that special reasons must relate to the commission of the offence itself and not the individual’s own circumstances. This means that financial hardship or previous good character cannot be used as a special reason.

It is important that you understand the law before attempting to put forward an argument as you’ll only get one chance. Yes, you can appeal, but the reality is appearing in the Crown Court is a far more daunting and potentially costly experience than getting it the right first time in the Magistrates’ Court.

You’ll need to give evidence on oath when presenting your case and may need to provide documentary evidence to support your case.

You should not rely on these examples without ensuring you understand the law in full.

See also our FAQs on special reasons in driving cases below.

To amount to a “special reason” a matter must:

Give me a call to discuss your driving case. I have many years’ experience dealing with all sorts of driving offences. You can read more about me here.

If you think you may have a special reasons argument and need advice, we can help. Speak to us if you think there are special circumstances that the court should take into account. We can advise you on how to prepare for court and give yourself the best chance of success.

We can represent you at a special reasons hearing. The hearing itself is similar to a trial and you will have to give evidence.

Our solicitors only deal with motoring offences so you will get the best advice. If you have an upcoming Magistrates’ Court hearing and need representation or advice on preparation, let us help.

Will I have to go to court?

Yes. The burden is on you to establish special reasons.

You will need to give evidence to explain to the court why special reasons exist and why the court should exercise its discretion.

What happens at a special reasons hearing?

The hearing will be similar to a trial. This means you’ll have to give evidence on oath and face cross-examination by a prosecutor as well as questions from the Magistrates.

For these reasons, it’s important to be prepared

How do I argue Special Reasons?

You will need to put the court on notice that you intend to argue special reasons. The court will usually want to know the basis of your special reasons argument. It is also important to consider whether you will need any prosecution or defence witnesses to give evidence in support of your case. Usually, the court will require you to state which facts are and are not in dispute. This is often done at a Case Management hearing and the matter will then be listed for a full hearing some weeks thereafter.

Do I need to take witnesses to court?

It depends what the basis of your argument is. Witnesses can be helpful, but they can also harm your case if they say something unexpected in the witness box.

Your solicitor should take a detailed statement from them beforehand so they know roughly what the witness’s evidence will be.

If the court finds special reasons, will there be no penalty?

If the court finds special reasons, it gives them the discretion not to disqualify or endorse a licence. If the court doesn’t feel it is appropriate, it can choose not to exercise its discretion.

Note that the court may still impose a financial penalty and prosecution costs even if the argument is successful.

A driver who had been disqualified for 6 months in the magistrates' court after a second 'totting up' offence instructed us to help with an appeal. He had already successfully argued exceptional hardship around 18 months ago but had since committed a further driving...
Read More

Our company client was acquitted of failing to give driver details after a trial in the Magistrates' Court this week. One of its vehicles had been allegedly caught speeding and a request for driver details and notice of intended prosecution was sent out by the police....
Read More

I'm based in Nottingham and offer a nationwide service. Below is a list of the locations I cover most frequently. If yours isn't on the list, I would still be delighted to help you wherever you are in England or Wales.